 Back to Jeep Tours 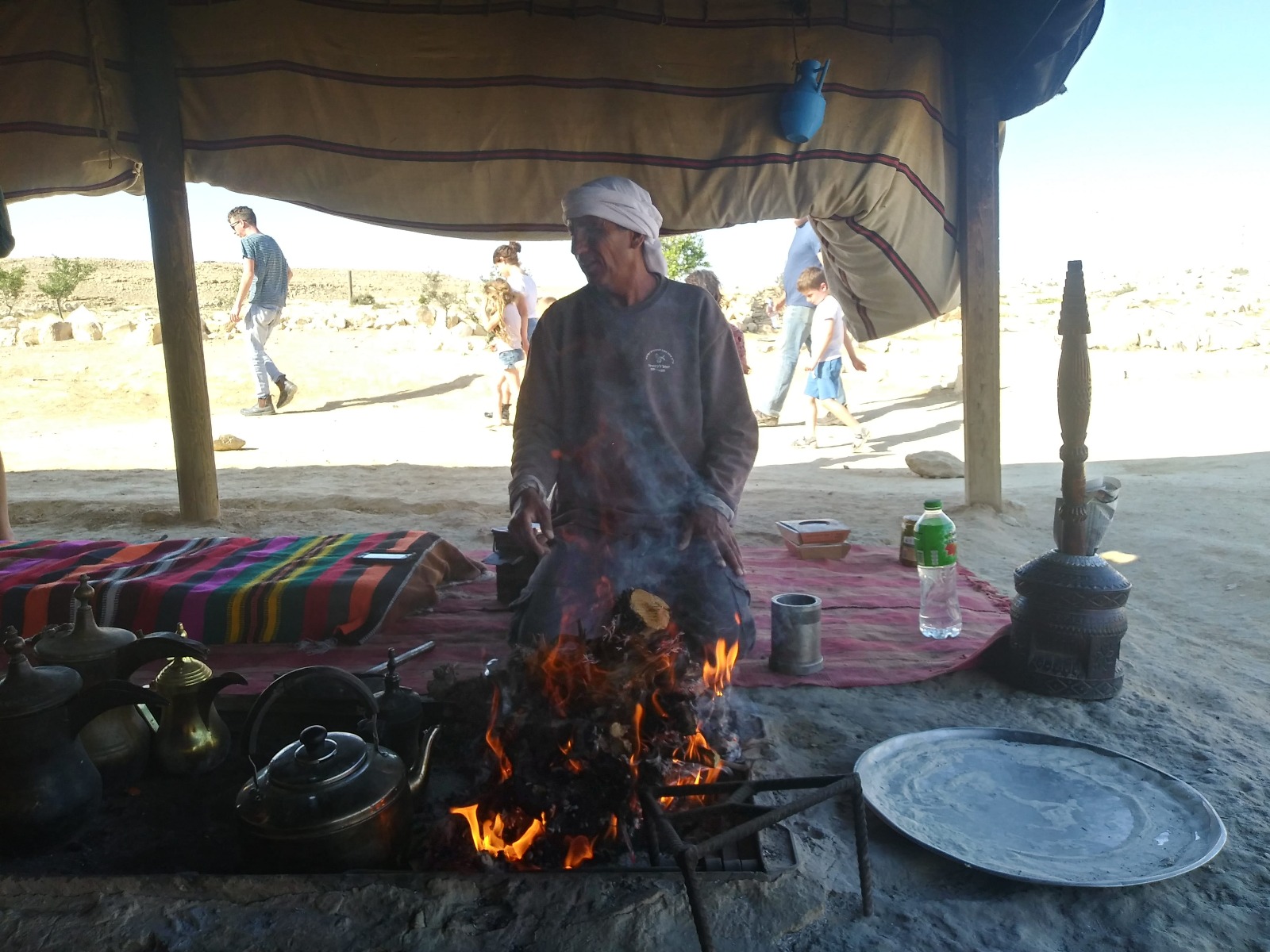 “The Negev Bedouin are traditionally pastoral nomadic Arab tribes (Bedouin) living in the Negev region of Israel, and adhere to Islam. From 1858 during Ottoman rule, the Negev Bedouin underwent a process of sedentarization which accelerated after the founding of Israel. In the 1948 Arab–Israeli War, most resettled in neighbouring regions. Between 1968 and 1989, Israel built seven townships in the northeast of the Negev for the Bedouin population, with about half of them relocating to these areas. Others remained in unrecognized villages built without planning which lacked basic services such as electricity and running water. The Israeli government has gradually recognized some of them and taken measures to improve infrastructure and basic services, while the majority are slated for destruction with the population facing forced displacement”

In the course of this tour you could get acquaintance with the past and current way of life in an unrecognized Bedouin village in the Negev desert Israel.

From Mitzpe Ramon we will make our way to the "hidden village" of Wadi Aricha - a small village of the Azazme tribe. There, the head of the tribe, Salman, will host us in his traditional tent. Salman will serve you authentic Bedouin meal or coffee/tea and Bedouin bread. Moving from the historical way of life, over to the present days and finally to some thought of Bedouins future in the Negev Desert, you will learn the story of the Bedouins in the Negev. The story will touch points like - making a living in the desert, how children are brought up in this traditional society, the connection to the desert nature around and more.

The drive to Wadi Aricha village is about 15 minutes from Mitzpe Ramon. The activity is suited for the whole family.